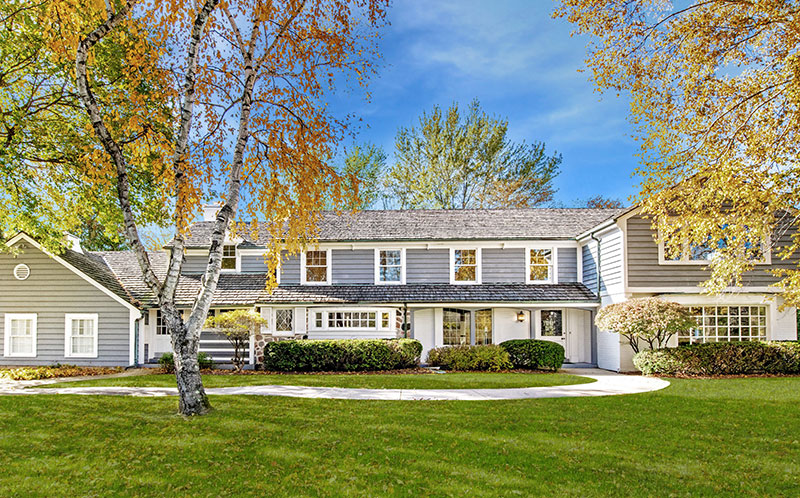 The location is northern River Hills on Range Line Road, just south of the Mequon and County Line Road. This is easy access to I-43 and to Brown Deer Road. It's also right around the corner from University School.

There's something about a big River Hills home on 4+ acres that we really like. This 6000+ square foot home has a porch with a skylight that overlooks a very lovely patio in the backyard. This was built in the 1960s and retains some of its original character but also has been modernized, including a very cool bathroom with a giant tub and shower. The finished basement has a sauna and outside there's a four-car garage.

Pictures and details via the link below.